Hello and welcome to the second episode of our new section, wholly dedicated to music in general and music that has and continues to enchant our inner geek in particular, be it video games music, movies, TV shows or even anime music. This section’s layout might change from time to time, depending on the music that is at the center of our attention. You will find in The Music Box a presentation, an analysis and some extracts of sheet music, and even, at the end of every article, a home-made cover of a well-known geek-themed music.

HBO has been broadcasting Game Of Thrones since the 17th of April 2011, and the TV show originates from the Fantasy series of books A Song Of Ice And Fire, written by George R. R. Martin. We are now well into season 5, some of us farther than others depending on whether you watched the leaked episodes (come on guys, leaking episodes is bad… *must. not. watch*) or not. Anyway, if Game Of Thrones is such a successful series, it’s probably thanks to the amazing work of the TV show in adapting the books, and to its great casting. But it would be unfair not to acknowledge the role of music in making the series a success, even though said music is sometimes quite discreet. Ramin Djawadi – the series’ composer – has dedicated his time and efforts in creating an atmosphere that is a perfect fit to the scenery and action for an even greater emotional effect. The most noteworthy of all Game Of Thrones’ soundtracks and the one we all know about is, of course, the opening credits to the show.

Game Of Thrones‘ opening is actually quite long as far as the average length of TV shows’ openings is concerned, and offers a tour of the Seven Kingdoms. The music is quite rythmic and does not lack the appropriate measure of emotions displayed throughout the soundtrack. If we look into the way the music was structured, it appears it has been written as a music for orchestra, which actually makes sense as it makes the music’s character quite epic in a 6/8 triple meter.

Triple meter : musical meter characterized by a primary division of 3 beats to the measure

Here, we can see 6 eighth notes grouped in 2 beats in order to make for the whole measure. So why did Ramin Djawadi choose to go for a triple meter, which is seemingly more unusual than the fairly standard duple meter ? The answer is quite simple : a triple meter tends to create a « rebound » effect that carries away the listener much more effectively. The beats are then more pronounced, without the abrupt aspect of a duple meter distribution. The pattern of this music is an endeavour at creating a sound that is firm and gentle at the same time.

Let us now focus on the key of the piece.

The TV show’s opening is written in C minor, a key that, according to some specialists of Musical Analysis and Musical Writing (Mattheson, Charpentier) conveys a sense of wardom (thanks to the tonic aspect of C)  but also something along the lines of sadness, melancholy and an overall sense of « darkness ». To have chosen such a key is then no surprise, as it directly refers to the conflicts and other bad omens to be brought to you throughout the series.

Let us now deal with the analysis of the piece itself. The opening music to the Game Of Thrones series is made of two separate parts that are, as we shall see, written based on the same musical method (even though strictly speaking, the melody changes from one part to another). This is how the piece is structured :

This part goes up to 1’. It is interesting to see how the two parts seem to be in perfect symmetry when compared to one another, since the piece lasts for about 2 minutes. Both parts are about the same length.

This first part starts by introducing a musical pattern that will be the the opening’s backbone. This pattern will serve as a structural basis so far as the rythm (which is steady and repeated) and the harmony (which is transposed to the arpeggios of each chord) are concerned. This pattern or motif is called an « ostinato ».

Arpeggio : An arpeggio is a musical technique where notes in a chord are played or sung in sequence, one after the other, rather than ringing out simultaneously.

Ostinato : In music, an ostinato is a motif or phrase that persistently repeats in the same musical voice, usually at the same pitch.

The role of this motif is to establish, through a remarkable and repeated pattern, a landmark for the listener. This is a way to structure the listening act, and to do so starting from the very fist time you’ve actually listened to the piece. This ostinato is structured on the main chord of the key – C minor – during two measures, before starting again in C major for the two following measures. This is probably an embellishment brought to the introduction of the piece, in order to keep the listener’s attention sharp thanks to this slight variation in harmony. You can see it in the following sheet music extract :

Then comes the main melody, the one we now can all hum from memory alone. The main melody is first played by a soloist, the cello (or rather a viol, its medieval counterpart). The percussion instruments have the role of marking the beat and embellishing it.

The main melody is thus structured : two measures with the same rythm and melody are followed by two measures of the initial ostinato,  twice in a row. The theme then starts again, following the same pattern but embellished by the addition of a violin lining up with the cello and adding to the melody these little touches that confer a true medieval feeling to the music (well, in addition to the mere choice of the instrument). This melody will finally start over again for a third time with all the orchestra’s violins, with a slight rythmic change. Just so you know, part A’s melody is built following a sequence, that is to say a repetition of the same melody transposed on other chords.

Why would you play three times the same melody within a piece ? Well, actually, the adding of new instruments everytime makes for a musical « accumulation effect ». You start with a soloist and you finish with the whole orchestra, which gives to the music this « epic » aspect. Here is the sheet music for part A :

After part A, that was all about the rythm, comes part B, soft and emotional. The main melody is still based upon the ostinato and is played by the violin during 8 measures. There is approximately one note per measure, which is a lot less than what we had in part A. It gives part B a more « linear », singing and lyrical sound. Percussions keep marking the beat and enlivening the highlights of the opening.

As in part A, part B will repeat itself, but this time only once, with the slight variation of transposing the melody one octave higher (which corresponds to 8 notes higher.) The effect thus created consists in reinforcing the melodic aspect of the piece, which, in turn, gives it more lyricism and radiance (as it is located in a higher pitch). Here is the sheet music showing the eight notes :

The music then reaches its climax and then suddenly stops, leaving us with the final resonance of the initial ostinato, played by the lute.

The accumulation effect, as well as the register chosen and the instruments used throughout the opening account for how effective and popular the piece has become as an opening credit to the series, breathing a chivalric though melancholic spirit into the music. Game Of Thrones’ music cannot be defined by epic pieces alone, as the original soundtrack to the series have included soother pieces, as we shall now see with our home made cover !

The final section of this article about Game Of Thrones’ music will be about the song « The Rains of Castamere ». Its lyrics come from the original books and you can hear the song in several occasions thoughout the series. The song is a nursery rhyme, sad and forlorn, warning against the dangers of confronting House Lannister. Here are the lyrics :

And who are you, the proud lord said,
that I must bow so low?
Only a cat of a different coat,
that’s all the truth I know.
In a coat of gold or a coat of red,
a lion still has claws,
And mine are long and sharp, my Lord,
as long and sharp as yours.
And so he spoke, and so he spoke,
that lord of Castamere,
But now the rains weep o’er his hall,
with no one there to hear.
Yes, now the rains weep o’er his hall,
and not a soul to hear.

With this cover ends our special feature on Game Of Thrones in The Music Box ! We will be closing our Music Box with a short cover featuring three violins to be in-keeping with the calm and forlorn tone of the song, contrasting with the livelier and more rythmic aspect of the opening credits. See you soon in Cleek’s Music Box ! 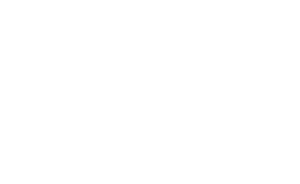